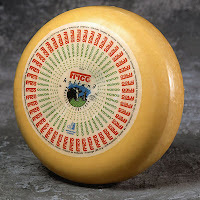 I've been having enormously weird dreams this week. This is almost entirely due to the big slab of Gouda cheese I brought back from Amsterdam, which I've been packing away as a waxy evening snack for the last week or so.

I'll give you weird.

Last night I dreamed that the screen on my digital camera was broken. This was unfortunate because I was trying desperately to film a comedic meteor storm of rabbits in order to send the footage to You've Been Framed and claim my 250 quid. Alas, all that the screen would show was "Carry on Henry".

If my camera was only going to show Carry On movies, it might have picked one of the decent ones. I awoke, I am told by the charming Mrs Duck, shouting out the words "Harry Hill, you BASTARD!", which was a bit unfair on poor old Harry, truth be told.

The previous night, I dreamed I was on the X Factor, impressing paralysed-face judge Danni Minogue with my gyrating pelvis whilst belting out a medley of well-known football chants.

"Everton - wank wank wank!" I went, followed by a charming little number about a former Tottenham Hotspur manager to the tune of "My Old Man's a Dustman", which we on the former Arsenal North Bank like to call "David Pleat's a pervert".

"Congratulations - you're through to Boot Camp."

Then I woke up, and my pillow had gone.

I am not mad.
Posted by Alistair Coleman at Monday, September 24, 2007

Email ThisBlogThis!Share to TwitterShare to FacebookShare to Pinterest
Labels: Amsterdam, cheese, Dreams, I am not mad