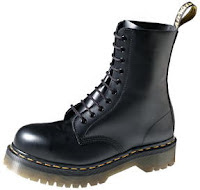 I was once on the receiving end of a particularly vicious kick to the plums in the school playground.

I still twitch at the very thought of the assault by that bovver-booted buffoon, and remember vividly the taste of the playground and the hooting laughter of my peers that turned to concern when it appeared that I might actually have died.

Instead, a rumour - started by one of my best friends - went round that I'd lost a bollock as a result.

I wouldn't have minded quite so much had I not been accosted by my mother as I emerged from the bathroom one morning a few days later for an unexpected "short arm" inspection.

"Just checking they're both still there" she said.

The bollock doctor at my vasectomy kindly told me that there were indeed two there, and right up to the moment he set about them with a pair of blunt scissors, they were both fully functioning.

"Could you write that down for me, please?"

Have you ever been the victim of outrageous rumour?

Your reward: The epic EastEnders Condensed-o-TV thing. Tomorrow, like.
Posted by Alistair Coleman at Monday, September 03, 2007