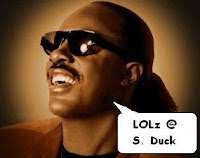 If there's one pivotal moment in my life I remember, it is this: the exact moment I realised I was never going to have sex with Debbie Lucas.

I invested years in attempting to have sex with Debbie Lucas, but naive youth that I was, it became clear that my plans were doomed to miserable failure. I should, in retrospect, have read the signs, for they were there for even the most sex-crazed teenager to see. Except me, obviously:

* It wasn't the time I took her up to Wembley Arena with front row tickets for a rather impressive pop concert (OK, it was Ultravox and it was crap), and didn't even get a peck on the cheek in return

* It wasn't the fact that I wrote her a hideously romantic teenage love letter to which she never replied, but her dad seemed to know ever last detail

* It wasn't all the times (three of them, to be exact) I would take her down the pub for a drink, which she would then polish off in five minutes and ask to be home in time for Inspector Morse

* It wasn't that I would ride my bike all the way to Henley for no reason other than to pay in a cheque for fifteen quid at the Lloyds Bank where she worked when there was a perfectly good branch within walking distance of my house, on the off chance that I might rescue her if there was an armed raid

* It wasn't that I had a months-long genuine fisticuffs-led feud with my old pal Clive over her affections. Affections which were, in retrospect, conspicuous by their absence

No. It was none of these.

It was the time I went round her house one afternoon, uninvited, to find she was the only person at home. She dragged my by the hand up the stairs to her eye-peelingly pink bedroom with something "amazing" to show me.

I was so excited at the prospect of red-hot Debbie action I could barely walk. All these years of subtle courting, biding my time and... oh.

She played me a chillingly note-perfect rendition of Stevie Wonder's "I Just Called To Say I Love You" - complete with 'boom-tiddly-tiddly-tish' backing - on a Bontempi organ and then showed me to the front door, still fully clothed, and still a virgin.

Six forty-seven on a Thursday evening it was, her bedside alarm clock could never lie. That was the exact time I realised I was never going to cover her in baby oil and squirm all over the bathroom floor in a manner befitting two consenting adults.

Defeated and reflecting on my utter wasted life, I trudged off to the pub. After several hours of stern reflection I dare say I was sick in the rather neatly clipped hedge that separates Twyford Bowling Club from the riff-raff.

Fuck you, Stevie Wonder. Fuck you.


Edit: Swept along on the Bob Dylan me-me, here's one I made earlier
Posted by Alistair Coleman at Tuesday, September 25, 2007

Email ThisBlogThis!Share to TwitterShare to FacebookShare to Pinterest
Labels: Not having sex with a girl called Debbie, sick inna hedge, Stevie Wonder