On getting a result in Amsterdam

On getting a result in Amsterdam 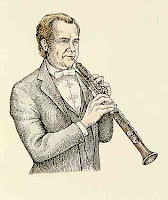 I can, without a shadow of a doubt, lay claim to the fact that I am the only member of our party to have travelled to Amsterdam this week and got his pink oboe well and truly sucked.

Having promised solemnly on the dog's life that I would behave myself whilst working away on business, I am sad to report that one thing led to another, and - you know - these things just sort of happen in the parallel world of International Hotel.

I woke, then, in my hotel room at four in the morning to a high-pitched buzzing that betrayed the fact that I had left my window open.

Switching on the bedside lamp, my eyes soon grew accustomed to the light and settled on the unmistakable features of a smug-looking mosquito. A mosquito parked squarely on my groin, slurping greedily at my most private of private parts.

The, its bolt well and truly shot, it staggered lazily from my trouser parts, settling on my duvet for a quick smoke before returning for sloppy seconds.

So I killed it to death. Killed it to death in the most ironic manner possible - squashed flat with a copy of David Attenborough's autobiography, to leave a rather pleasing blood stain on my bedding that is certain to disgust the cleaners.

Oh God, how it itches. But I dare not scratch the lump that threatens to grow into a second bell-end, and the night porter seems unwilling to bring me a soothing ointment for my aflamed genitals.

Fitfully, and following an Attenborough-led death frenzy around my room to finish off my attacker's buzzy friends, I returned to my sleep. And awoke, three hours later, to a familiar buzzing and a murderous itch up my bum crack.

Great. Only in Holland - Bummy mosquitos.

It is a day of mourning at the throbbing headquarters of the Scaryduck Corporation, as we mark the passing of Body Shop guru Anita Roddick who died yesterday.

We owe a lot to Anita, for she was the judge on the Guardian Blog Award panel that called me "better than Jeffrey Archer" and forced a cheque for one thousand of the Queen's pounds into my hands, sentencing me to a life of writing smut.

So: God bless you, A. Roddick, wherever you are. And thanks.
Posted by Alistair Coleman at Tuesday, September 11, 2007