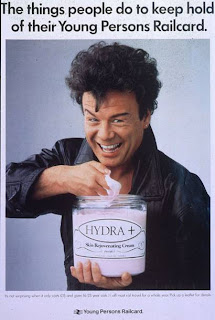 You go a whole year without anything truly, truly bad on television, and then two gems come along in a week.

And bugger my luck - I go and miss both of them.

Regular readers know that I'm a big fan of rubbish, and last year's Demons on ITV was a true turd on the otherwise white tablecloth of British television which I thought could never be beaten.

And BANG - two in a week, leaving me scrabbling around for rpeat showings and catch-up services.

In 2001, Channel Four were brave enough to ignore the ouraged shrieks of the tavbloid press to air the Chris Morris Brass Eye Paedo-geddon Special, a damning indictment of the worst excesses of moral panic. Got 27 minutes to spare? Watch it all HERE

In 2009, the same network brought us The Execution of Gary Glitter, an all-singing, all-dancing mockumentray mixing fiction and genuine talking heads, speculating what might happen if we decided to stretch the neck of Britain's favourite pedalo. The usual suspects: Garry Bushell, Ann Widdecombe, kids in "paedo's are scum" T-shirts, all to a brainless music soundtrack.

I had to skip to the end just to see if it wasn't the long-awaited return of Chris Morris and all a great big joke. It wasn't. They actually meant it.

Channel Four - what have you become?

Does exactly what it says on the tin.

Derek Acorah takes a bunch of Jackson fans to a castle in Ireland (on account of the fact that Jacko once slept there), and attempts to make contact with the King of Pop himself.