Neither Mirth nor Woe: Wac-a-day

Neither Mirth nor Woe: Wac-a-day 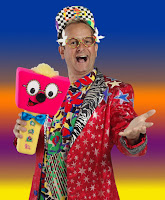 I accidentally paid good, cash money to watch an exhibition football match at Wembley Stadium: England vs The Rest of the World.

In fact, about 80,000 people bought the hype and spend cold, hard cash on tickets for this game on the back of a promised appearance by fat cheat Diego Maradona, while Britain's foremost cheapskate broadcasters ITV shelled out half a groat for the live TV rights.

As anybody who has ever been to a football friendly will testify (for this is what it was), these games are gauranteed to be complete and utter shite, with not a tackle to be seen and the match completely wrecked by a million substitutions.

So, 80,000 people inside The Venue of Legends, up to our ankles in the Legendary River of Piss, and it was like a morgue.

So, bored shitty, I started a chant. Just a few of us to start with, a few snifters from a smuggled vodka giving us Dutch courage.

Then, Maradona came off the bench for a cameo appearance, and the chant changed to one regarding his masturbatory habits, and my fleeting moment of fame had gone. I've still got a VHS of this match, but - such is the march of technology - no video recorder to play it on.

Post Script: I met Timmy Mallett in the staff canteen a few months ago and told him this tale. Despite a look on his face that clearly read "What a nutter" (Gleaned, I should imagine, from a period of zen-like self-realisation), I got two thumbs up from the man himself. I did not see his Pinky Punky.
Posted by Alistair Coleman at Friday, June 19, 2009

Email ThisBlogThis!Share to TwitterShare to FacebookShare to Pinterest
Labels: making an arse of myself in public, timmy mallett