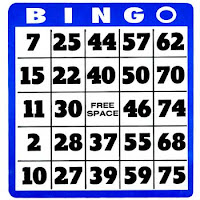 Kill me now. Kill me completely and utterly TO DEATH.

For I have – knowingly and with malice aforethought – sat in a meeting of my peers and contemporaries and uttered words which are more commonly known as "Buzzword Bingo".

Stretching the envelope and finding myself putting my case – rather forcefully – regarding how an IT project in which I am involved will look to the punter sat in front of a screen, the words "User Experience" shot from my mouth before I had the chance to engage brain and stop them.

In my defence, they came immediately after the words "Buggering up", but there can be no such excuses for the "low-hanging fruit", "fish where the fish are" and "total quality driven" that followed.

Going forward, I've already dug the shallow grave and chucked in the sack of quicklime*. All I ask is for one goal-oriented individual to go the extra mile and carry out this low-risk high-yield customer-centred operation and stove me over the back of the head with a pickaxe handle before any more of this backward-compatible bollocks leaks onto the page.

Let's throw a piranha or two in that think-tank and see how they swim.

That was a couple of weeks ago. If anything, it's got worse. Musing on a classic bit of Pete 'n' Dud, I described somebody's idea as "a bit of a one-legged Tarzan" - that is, a plan that started out with the best of intentions and ended up completely useless.

I had nothing against it, but then, neither did he.


I shall endeavour to use "one-legged Tarzan" more often. And so should you. Yes. You.

*From a silo I have recently broken down
Posted by Alistair Coleman at Wednesday, June 24, 2009

Email ThisBlogThis!Share to TwitterShare to FacebookShare to Pinterest
Labels: buzzword bingo, getting killed to death