On Rule 34 of the Internet, again

On Rule 34 of the Internet, again 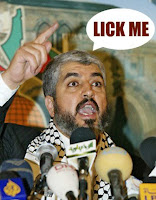 Surely, I ask, there must be some subject matter to which Rule 34 does not apply? Is there anything in the world that has not been sullied by the foul, probing tentacles of sickening vice?

Bugger it, I thought. I'll find out for myself. Using SCIENCE, and leaving the obvious taboo subjects (such as Bill Oddie and stuff involving creationists) to those brilliantly manky curs at 4chan, I will get out there and prove or disprove Rule 34 one way or the other.

Just don't come looking for me.

Case One: Isambard Kingdom Brunel
"Oh, Issie!" sighed an exhausted, glistening Philomena as the great engineer plunged his piston home, "Now I know why they call you The Great Western!"
Status: FAIL

Case Two: Quantum Mechanics
The roar from the machine reached a crescendo, and the room was filled with a light brighter than a thousand suns. The particle beams collided and Dr Suki Nakamura writhed on the floor, the sensors stimulating her most private parts into what could only be described as an apocalyptic climax.

"That," rang out the metallic voice of Professor Hawking, as the throbbing machine caught its sub-nuclear breath, "demonstrates the difference between a Quark and a Meson."
Status: FAIL

Case Three: Compare the Meerkat dot com
Greeting! Peoples are recent confusing my website – Compare the Meerkat, for compare meerkats – with this one: Have Loads of Filthy and Possibly Illegal Sex with Meerkats, for have loads of filthy possible illegals sex with meerkats. Not worry! Both are same websites. Simples!
Status: FAIL

Case Four: Ann Noreen Widdecombe
Trust me on this. It exists.
Status: FAIL

Case Five: Boris Johnson
The Mayor sank to his knees, and begged as she stood over him brandishing a whip. "Let me," he blustered, "Allow me to touch your splendiferous mammary glands, oh glorious and wonderful mistress". But Ann Noreen Widdecombe was having none of it. Not yet.
Status: FAIL

Case Seven: The Arab-Israeli Conflict
The head of the Hamas delegation leaned across the negotiating table, fixed hard-line Israeli Prime Minister Binyamin Netanyahu in the eye, and after a brief, awkward pause uttered the six words that would change Middle Eastern politics forever: "Lick me, you big sexy hunk." It would be a long, hard, sweaty night in Sharm el-Skaykh.
Status: FAIL

Feel free to add your own case studies to this important scientific enquiry.
Posted by Alistair Coleman at Thursday, June 11, 2009

Email ThisBlogThis!Share to TwitterShare to FacebookShare to Pinterest
Labels: rules of the internet, Science