Neither Mirth Nor Woe: Menace at the Gates

Neither Mirth Nor Woe: PAEDO-GEDDON 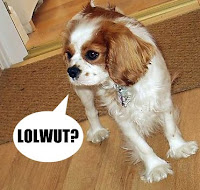 At the end of a train of events too dull to mention (the highlight of which involved calling his previous head-of-year a "spacker"), the boy Scaryduck Junior started at a new school the other week. This was, in Duck household term, epic WIN.

Just for form's sake – because he's on the cusp of his teenage years and it wouldn't be the done thing otherwise – I agreed to walk him to and from the school gate for the first couple of days.

So. First day. A triumph. We've got the lad into a school that is nine shades of excellent, and everybody is happy.

"'S funny. Nobody talked to me at the school gate. Loads of pointing, though."

The fragrant Mrs Duck knows the answer: "You didn't go dressed like that?"

"And you wore that old coat of yours, didn't you?"

I couldn't disagree. I love that old coat like an …err… old coat. The trouble is…

"The trouble is – it makes you look like a paedo."

"When you go to the school, try not to look like a paedo."

I agreed. When standing outside the school gates, it is best not to look like you are planning paedo-geddon on the poor innocents as this doesn't play well with the gallery. Tattooed, screechy mothers will attempt to have you hung from a nearby tree pour encourager les autres.

"Tomorrow, why don't you take the dog? It'll stop you from looking like a paedo."

Tomorrow came, like that song about tomorrow coming, and I am standing outside the school gates with Lucy Minogue, trying not to look like a paedo.

As you may already know, sweet, sweet Lucy Minogue isn't some huge, fanged hell-hound. She is small, fluffy and wears a pink collar. In short, and judging from the scowls of the local harpies, she has not helped me look less of a paedo.

And then, as the boy came out of the school gate, it slipped out.

Who knows what possessed me? Ten words that condemn me in the face of pointless moral panic playing on public ignorance. Ten words that put me in the same bracket as not-poor, dead Gary Glitter in the eyes of these ingloriously ignorant helicopter parents. Ten words:

"Hello little boy. Would you like to stroke my puppy?"

Then I was sick inna hedge.
Posted by Alistair Coleman at Friday, October 02, 2009