The tiny, tiny world of the Daily Express 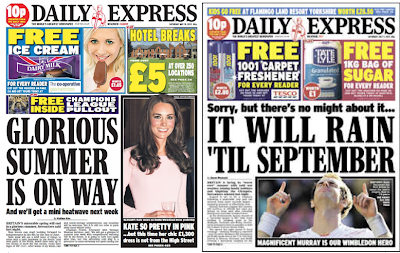 Where would we be without the Daily Express? Happier, for a start.

While the Daily Mail exists just to make people angry with its deliberately trolling columnists writing linkbait for the outragederati of the internet, drawing the punters in with its Right Hand Column of Doom of scantily-clad celebrities that goes all the way down to the centre of the Earth and out the other side; the Express just goes rounsd and round in its own little world, hating everything.

Foresaking my sanity, I went back through an archive of Daily Express front pages and found that they rotate the same half-a-dozen stories day after day, in a formula that doesn't appear to have changed for years. One can only suspect that their entire readership suffers from some sort of medium-term memory loss as their limited range of stories manages to contradict each other week-in, week-out.

There's a formula for the Express from which they rarely deviate: Big picture of a pretty lady (preferrably Kate Middleton); free giveaway of something that they've previously said will give you cancer (including - on one memorable occasion - two pounds of sugar); big shouty lead story designed to scare the living shit out of certain UKIP-voting elderly readers.

A typical Express lead story will ALWAYS BE (even if other papers are reporting on the impending end of the World): 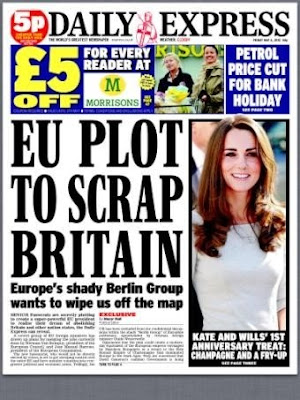 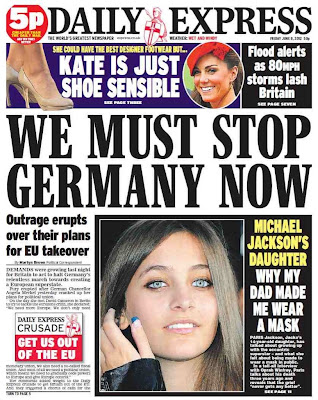 2. ...but especially the pesky Hun who cannot be trusted and would probably shit in your airing cupboard given half the chance 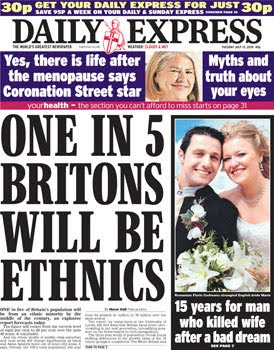 3. Immigration and lazy racism, because everything is down to those ethnics. And the Germans, who'd shit in your airing cupboard given half the chance. 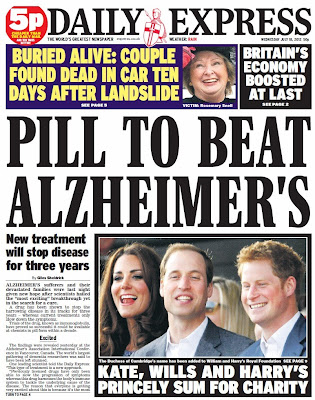 4. Miracle cures for Alzheimers / Diabetes / Cancer / Obesity to the point that if they still printed using old-fashioned typesetting, the printers would leave the words "Pill to Beat" left permanently set up in type 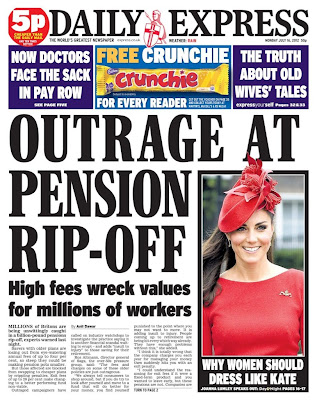 5. Pensions, with are going up, going dowm, or heading for oblivion and you'll all be eating cardboard in your old age 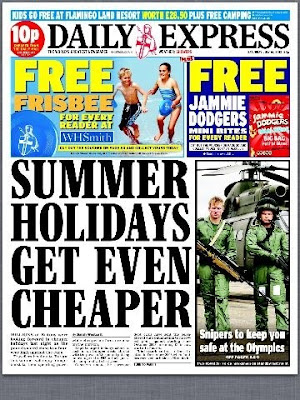 6. The cost of your foreign holiday, despite the fact that you have been told to hate everything south and east of Dover, it being full of pesky Hun who'd shit in your airing cupboard given half the chance 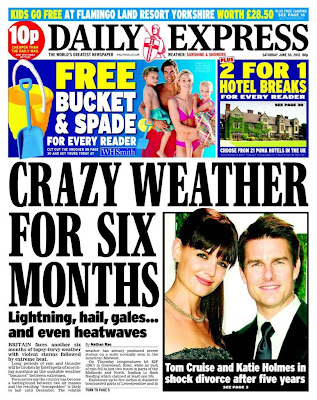 And let's not forget the old favourites, which have suffered under the sheer volume of Kate Middleton covers in recent months:

Poor, missing Maddie who never deserved the shower of shite published in the name of the so-called 'World's Greatest Paper'. 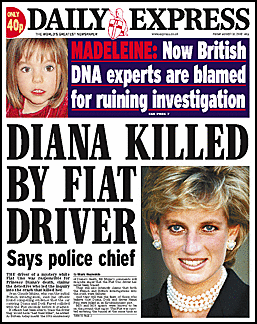 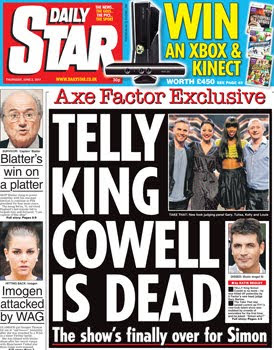 This made me laugh, thanks.