A brief encounter with the long-ish arm of the law 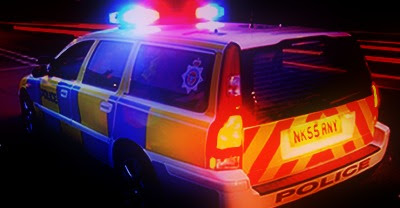 The seven words that no driver wants to hear: "Going a bit fast, aren't we sir?"

No, we are not, because I am sitting in a lay-by with my window rolled down talking to a police officer in a hi-vis tabard and an over-crowded bat utility belt.

Own up to nothing: "Ummm. I might have been."

"What," he asks me, "What if there had been a child in the middle of the road?"

"Well, I'd be saying to myself 'There's a child in the middle of the road'. In the middle of nowhere. In the rain. At three in the morning. On a school night. I'd be calling the police."

He reaches for his radio, finger hovering over the transmit button, before realises he's being played like a cheap fiddle.

Email ThisBlogThis!Share to TwitterShare to FacebookShare to Pinterest
Labels: driving too fast, helping the police in their enquiries