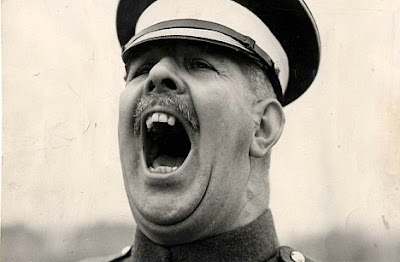 Fitness fads come and go, some fatal, some not so fatal. I remember one which involved giant rubber bands that probably had hospital fracture wards filled to the brim with hapless fitness fanatics; while spaces under beds the world over are occupied by dusty exercise equipment which were used once, failed to sell on eBay, and subsequently hidden out of sight, only to return years later as the cause of a stubbed toe.

On top of that, there is also the cult-like devotion to the latest fashion in exercise class. Hospital fracture clinics were - once again - filled to the brim with hapless devotees of the Cult of Step Aerobics, as they found that the act of checking out the hot boy/girl on the next step along was a recipe for face-plants and broken ankles, yet the leaders of genuine religious cults did nothing to stamp out this menace. And that's before Zumba swept the planet with a fervour only usually reserved for end-of-the-world cultists. And judging by the outfits these Zumbists wear, the global apocalypse cannot come soon enough.

And now, emerging from the wings, comes a new horror, known simply as Military Fitness. The fact that this fad has arrived just as thousands of hard-working squaddies have lost their jobs cannot be a coincidence, but people are actually paying genuine cash money to experience what thousands of pencil-thin new recruits fondly remember as some sort of Hell on Earth. My home town of Fleet, neighbouring the former Gurkha barracks at Church Crookham (where every business worth their salt displays the crossed kukris at least somewhere in its logo) and the home of the British Army in Aldershot, crawls with extremely fit men with wispy moustaches and barrel chests (also women, only some of whom have wispy moustaches) looking for a new opportunity in life. And that new start in life comes through what they know best: Shouting at people.

What happens is this: You pay your money, stand in a field, and a man in a vest with a wispy moustache shouts at you for an hour. While this happens, your body is forced into all kinds of unnatural positions known to acolytes of the craft as "the press-up", "the star jump", the "run to the fence and back MOVE!" and - I shudder at the memory - "the burpee". From the safety of my living room, where I can see these dread rituals going on in the school field opposite, it breaks my heart to watch these lithe young ladies in their tight, sweaty fitness gear suffering for their long-term fitness. Then I go and make a sandwich.

Military Fitness is relentless, and I should know. I was once forced - as a relatively fit 18-year-old marathon runner - into taking part in one of these classes back in the day when it was an underground, furtive, but quite shouty movement. Yes, it worked and I lost loads of weight, simply through vomiting up my liver and later shitting out my pelvis. I was a physical wreck for three days, and developed a dislike for wispy facial hair, addressed only in my forties through recent participation in the Beard Olympics.

If I wanted to be shouted at by a huge, aggressive bloke wearing a vest, I'd go to the karaoke evening in a council estate pub and ask if they've got any Justin Bieber. Then, if that were not enough, I'd then try to jump the queue at the casualty department at Frimley Park Hospital.

Heaven knows from where the next fitness fad will emerge. God help us if it's Fifty Shades-a-cise.
Posted by Alistair Coleman at Monday, August 27, 2012