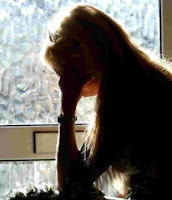 I've switched teh funnay off today, because something's got me angry.

This week, you see, Dorset County Council will meet and will – with the finality of officials that have already made up their minds – close down Weymouth Women's Refuge, amongst other vital projects.

It takes a lot to get me agreeing with my Labour MP, NuLab being the personification of EPIC FAIL these last few years, but if this is what our newly-elected Conservative county council's got planned for us, then may the deity of your choice help us all when smiling David Cameron walks through the door of Downing Street next June.

The long and the short of it - if you're still awake – is that Weymouth has the highest rates of domestic violence in the county, yet our refuge for some of the town's most at-risk families is to be replaced with what they euphemistically term 'outreach services'.

Women need a place to go when they are in immediate danger from an abusive partner. Children should not have to live in fear. Not being a woman myself, I should imagine the last thing I'd want is to have to make an appointment with an outreach worker at a critical moment. And not being one for hyperbole, the words "blood on their hands" already been used by others.

Let us, then, take a look at a few scenarios:

SCENARIO ONE: As seen by Dorset County Council

Scene: Living Room, interior, day. Mr and Mrs Normal are sitting in a sofa. Opposite, in a comfy chair is Ms Outreach-Worker. All have Stepford Wives-type grins on their faces.

Mr Normal: So, what you're saying is this – instead of resorting to my fists, we should sit down and talk things through like rational adults.

Mr Normal: And, perhaps, I should lay off the drink and see to my anger issues as well?

She hands Mr Normal a leaflet. The cover has a picture of a smiling nuclear family under the slogan "Dorset County Council Outreach Services – Happy Families AND Value For Money!"

Mr Normal: Tuh! How could I have been so stupid!

SCENARIO TWO: Back in the real world

Mr Normal: Been talking to Brian over the road...

Mrs Normal (avoiding eye contact): I... I... sent her away again. Said we were fine. Said we'd sorted it

Mrs Normal: She left a leaflet. Thought you might like to read it. Sort your anger issues.

She holds up a leaflet. The cover has a picture of a smiling nuclear family under the slogan "Dorset County Council Outreach Services – Happy Families AND Value For Money!"

Mr Normal cracks his knuckles, and narrows his eyes.

The vote on this is tomorrow, and – to be honest – I'm not hopeful of the outcome.

An unstoppable bureaucracy in the hands of either "Compassionate" Conservatism or Calamitous New Labour. Stone me, never have I been so disillusioned by party politics.

Email ThisBlogThis!Share to TwitterShare to FacebookShare to Pinterest
Labels: a little bit of politics, Weymouth