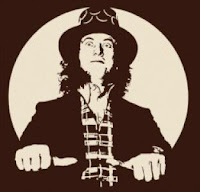 The funky world of pop and rock music, absolutely bulging with FACTS, all 100 per cent true.

Here's a select few FACTS which you might like to claim as your own to impress THE KIDS. Not 'alf, pop-pickers.

10. According to pop historians, Queen's smash hit Bohemian Rhapsody tells the story of a man condemned to death for murder. Wrong! Message from beyond the grave from poor, dead Freddie Mercury reveal what many scholars have suspected for years: It's about bumming. Ironically, the only Queen song that isn't about bumming is 'Fat Bottomed Girls'

9. Pop princess Britney Spears famously shaved her head specifically so she could wear a roll-neck sweater and go to fancy dress parties as a penis

8. The "Devil Woman" mentioned in Cliff Richard's 1976 hit has been revealed as HRH poor, dead Princess Margaret, who was obsessed with relieving the fresh-faced pop singer of his virginity, which he keeps in a jar safely hidden up Sue Barker

7. "Do they know it's Christmas" wrote swearing's Bob Geldof of the Ethiopian people in 1984. The answer was, of course, "No", as Calendar Club didn't open a branch in Addis Ababa until 2007

6. Rolling Stones frontman Mick Jagger receives free supplies of Mars Bars wherever he is in the world, thanks to the superb PR job he did for the brand in the 1960s. He wouldn't mind, but the thick-lipped star prefers Snickers

5. Bearded folkie Cat Stevens famously changed his name to Yusuf Islam on his conversion to the Muslim faith. In spite of this, Yusuf's siblings Dog, Hamster and Shakin' all decided to keep the family name

4. Slade singer Noddy Holder openly admits that his band's hit "Merry Christmas Everybody" is wheeled out every year as part of his pension plan. However, attempts to cash in with "Happy Easter Everybody" and "Phuck me, it's Father's Day" have not been so successful

3. Rapper Eminem takes his name from his love of the LOLcat phenomenon that is sweeping the internet. Unfortunately for young Marshall Mathers, the name "Om Nom Nom" was already taken by a now deceased West Coast hip-hop act, and the rest, as they say, is history.

1. Whatever happened to twenty stone X Factor reject Rik Waller? After accidentally eating the Cheeky Girls on an ill-fated summer season on the south coast of England in a mix-up over the dressing room rider, Rik recently made his stage comeback under his real name 'Susan Boyle'

Bonus FACT: Pop starlet Lily Allen not only sports a third nipple – of which she is immensely proud – but she is also the owner of an additional eight inches

Bonus bonus FACT and warning: Do not let radio's Dr Fox touch your dangly parts. He is only a doctor of popology and NOT A REAL DOCTOR.

And because I just can't stop:

Australia FACT: Australia is not very good at cricket
Posted by Alistair Coleman at Wednesday, July 08, 2009